Most of us know the story of Rapunzel and how she was trapped in a tower from being a baby, growing her hair over the years in order to be saved by a passing handsome prince.

But did you know how she came to be trapped in that tower in the first place?

Yes, an age-old fairy tale wouldn't even exist had Rapunzel's mother did not develop an insatiable craving for the green, earthy, salad-like root vegetable Rampion - also known as Rapunzel.

Imagine if giving in to our pregnancy cravings had the terrifying consequence of having your baby taken away by a witch!

In the fairy tale, the witch actually creates the craving herself through a spell - all with the intention of stealing the baby.

But what are pregnancy cravings really caused by?

Some research suggests hormone changes during pregnancy might result in an increase in Neuropeptide Y, a substance responsible for appetite signals.

Whether it’s the extra hormones or the sheer fact that you have the absolute right to send your partner out at 2 a.m. to buy a milkshake yogurt, when a pregnancy craving calls, you're… well, going to comply.

And yes, this will include even weird cravings, like Toothpaste and coal are actually an indication of your body lacking some essential vitamin or mineral.

If you have a desire to chow down on toothpaste on toast, or chew on lumps of coal, you should talk to your health care professional, as they should be able to prescribe the relevant supplements to help ease your cravings!

For the more normal cravings, it's fine to give in to your desires!

As long as you are eating a balanced diet too, it's good for you to listen to your body and go with the craving flow!

Talking about common cravings, let’s begin with a list of 8 foods are typically the most craved during pregnancy:

In addition to this, prepare for some very unusual and even weird pregnancy cravings! (toothpaste, anyone?)

When do pregnancy cravings start?

For most women, cravings start in the first trimester and peak during the second trimester… and start declining in the third trimester of pregnancy.

However, this not always marks the end of your cravings! In some cases, your pregnancy cravings will continue after delivery.

One thing to remember is that you might have one craving for a couple of days, then another craving for a different day or two, and so on.

What about food aversions?

Food aversions are the opposite of food cravings, and they usually start around the same time.

Frontiers in Psychology suggested that food cravings might not have anything to do with the nausea and morning sickness, but food aversion probably does. This might be especially true for meat – and this aversion also helps protecting mum and baby: meat sometimes carries bacteria that can make a mother and baby sick, so the body protects them by making meat an unappetizing option.

Whatever your craving, they end up being a popular discussion point between new mums!

And if you had super weird carvings, your child would find it amusing to be told about them too! 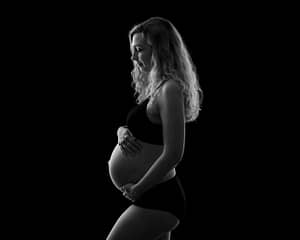 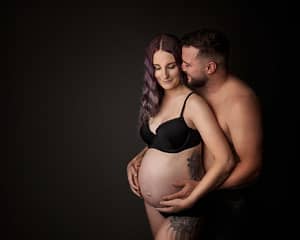 Victoria J Photography specialises in maternity, newborn and baby photoshoots for families in and around Shrewsbury.